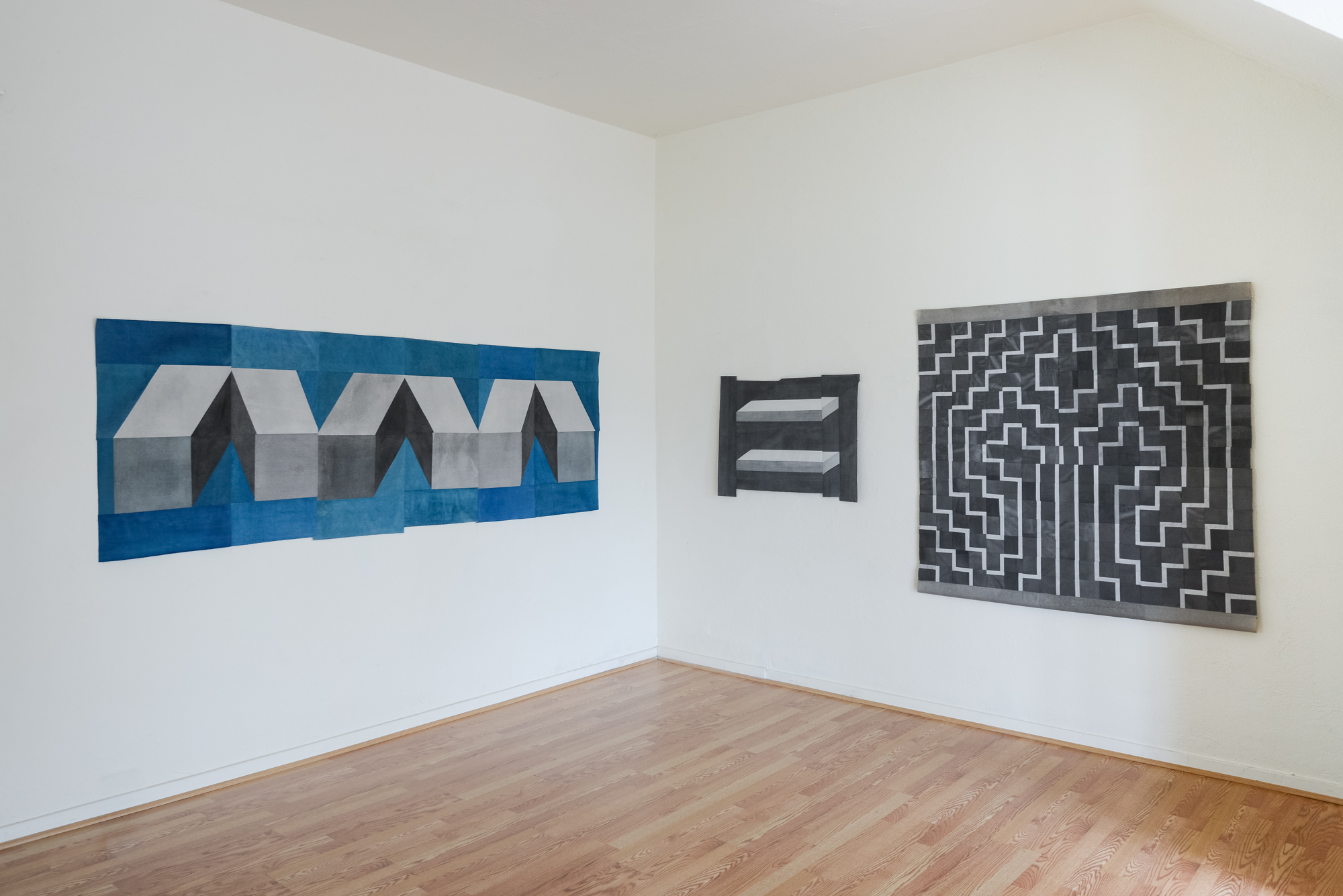 Goodnight Projects is pleased to announce Pianoforte, a new installation by Gabrielle Teschner. Working primarily with paint saturated fabrics, Teschner re-constructs icons of our built environment – bricks, columns, walls, stairwells – in order to test their perceived structural and cultural authority. Teschner paints each of her muslin “building blocks” separately before imperfectly stitching them together, drawing attention to the individual elements that make up what we perceive as a unified form, or a known quantity. In doing so, she questions how we measure and make sense of the world – do these elements have the authority they so loudly proclaim, or have we simply learned to lean on them in order to get to another place faster? Teschner writes, “Anything that we perceive as true and sure should be rebuilt, just in case something else can be gathered.”

Teschner’s use of fabric is part of a “soft” language that she has adapted to her own line of questioning, a language of prayer rugs, nomadic tents, scrolls, room-divisions, paper and fabrication technology and “its influence on trade routes, and hence, borders.” She writes that the material also refers to a ‘portability of ideas’, and that “a good idea is flexible and can survive in multiple contexts— it can travel.” Teschner’s ability to roll up her architecture and move it to another location is a subversive challenge to the rigidity of well-worn Western modes of inquiry. Instead, these structures become mirage-like, deceptive at the seams, and threaten to take new forms.

Pianoforte, or ‘soft-loud’, resonates on multiple levels. The solid structures that Teschner reimagines out of pliant materials echo the supremacy of methods and modes of thinking that serve to parcel out the unknown into measurable quantities. For Teschner, the aim is to let go of what we think we know and find new pathways that are perhaps more subtle, more quiet, and may require a new quality of attention. She writes, “Ultimately, I believe the source of our commitment to finding all the answers is the suspicion that the world is as mysterious as it was when we first began measuring it.”

Gabrielle Teschner (b.1981, Newport News, VA) received her BFA in Sculpture from Virginia Commonwealth University in 2003 and her MFA from California College of the Arts in 2007. She has exhibited at Haines Gallery, John Berggruen Gallery, Headlands Center for the Arts, and Espiga Gallery in Medellin, Colombia, amongst other venues. Her work is in the collections of the Achenbach Foundation for Graphic Arts, the De Young Museum, and several private collections. In 2013 she was a finalist for the Frieze Foundation’s Emdash Award. Teschner currently lives and works in Napa, CA. 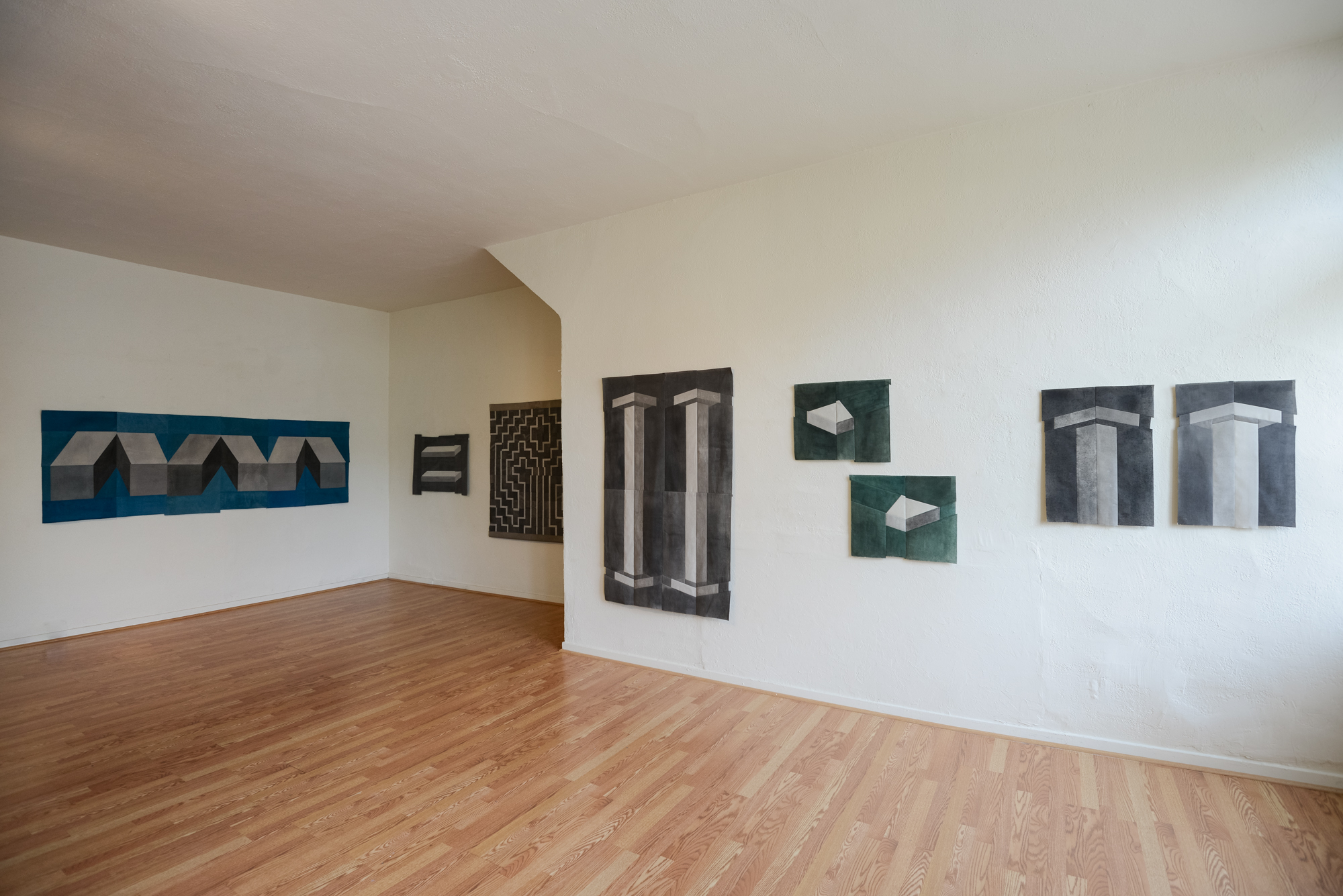 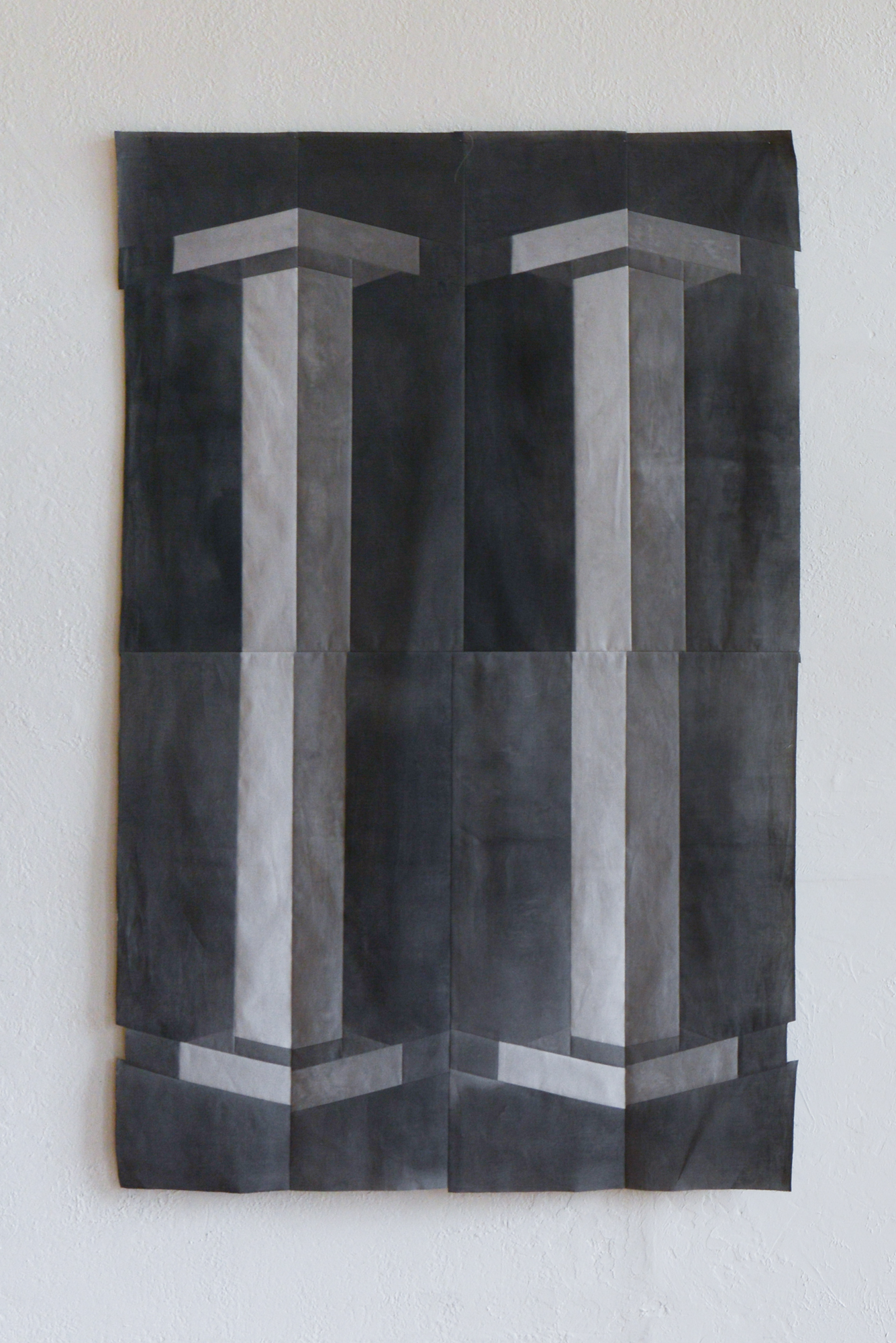 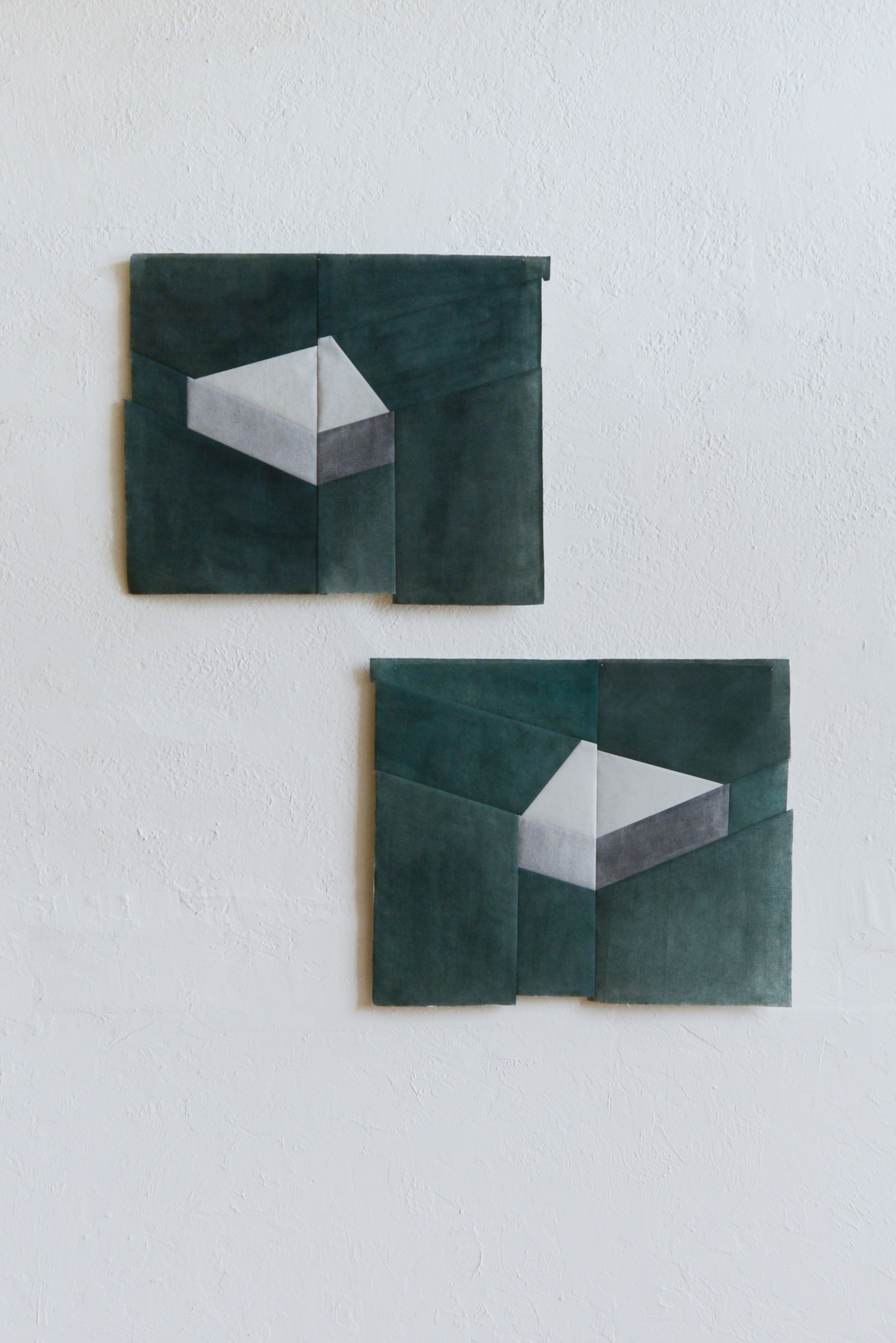 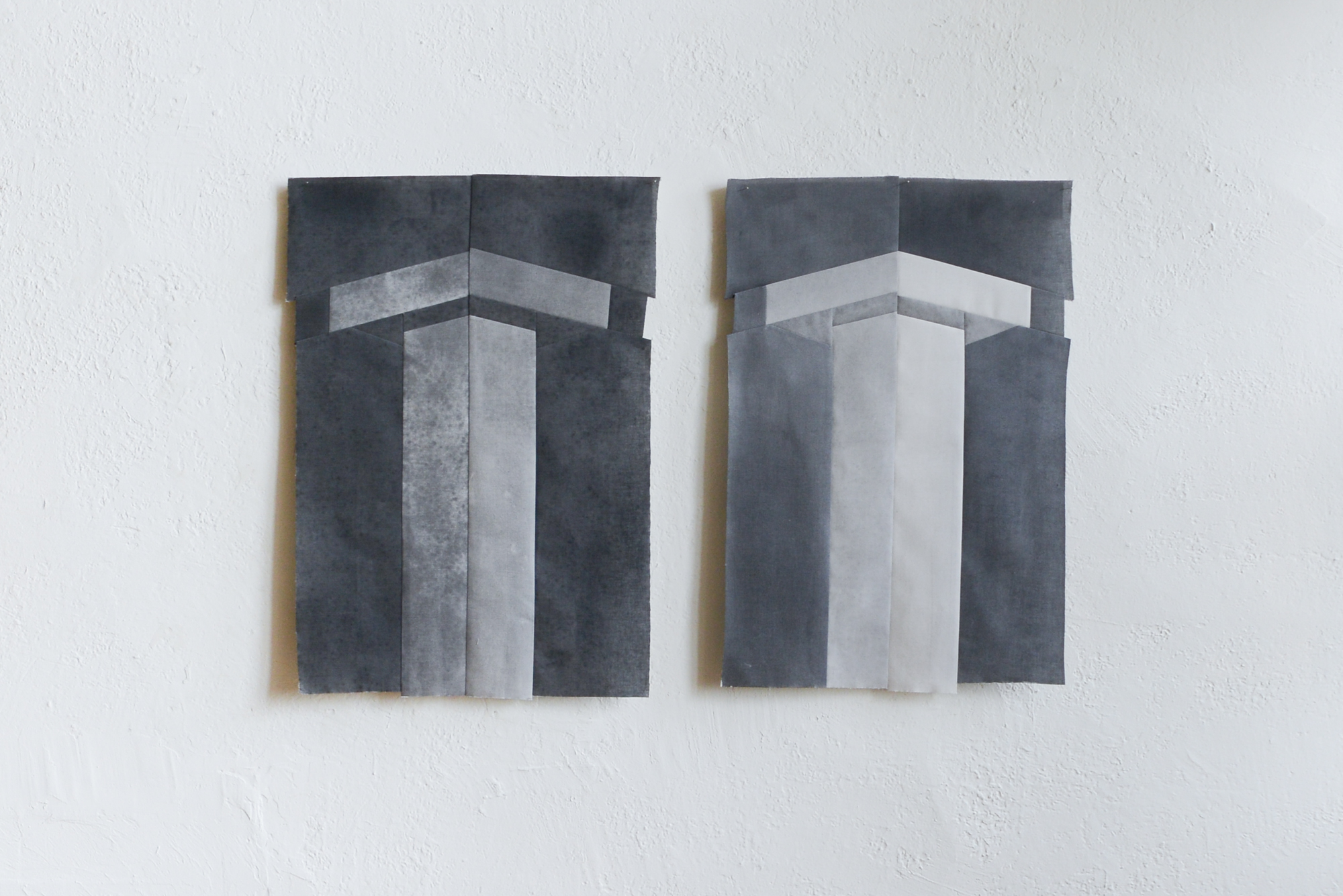 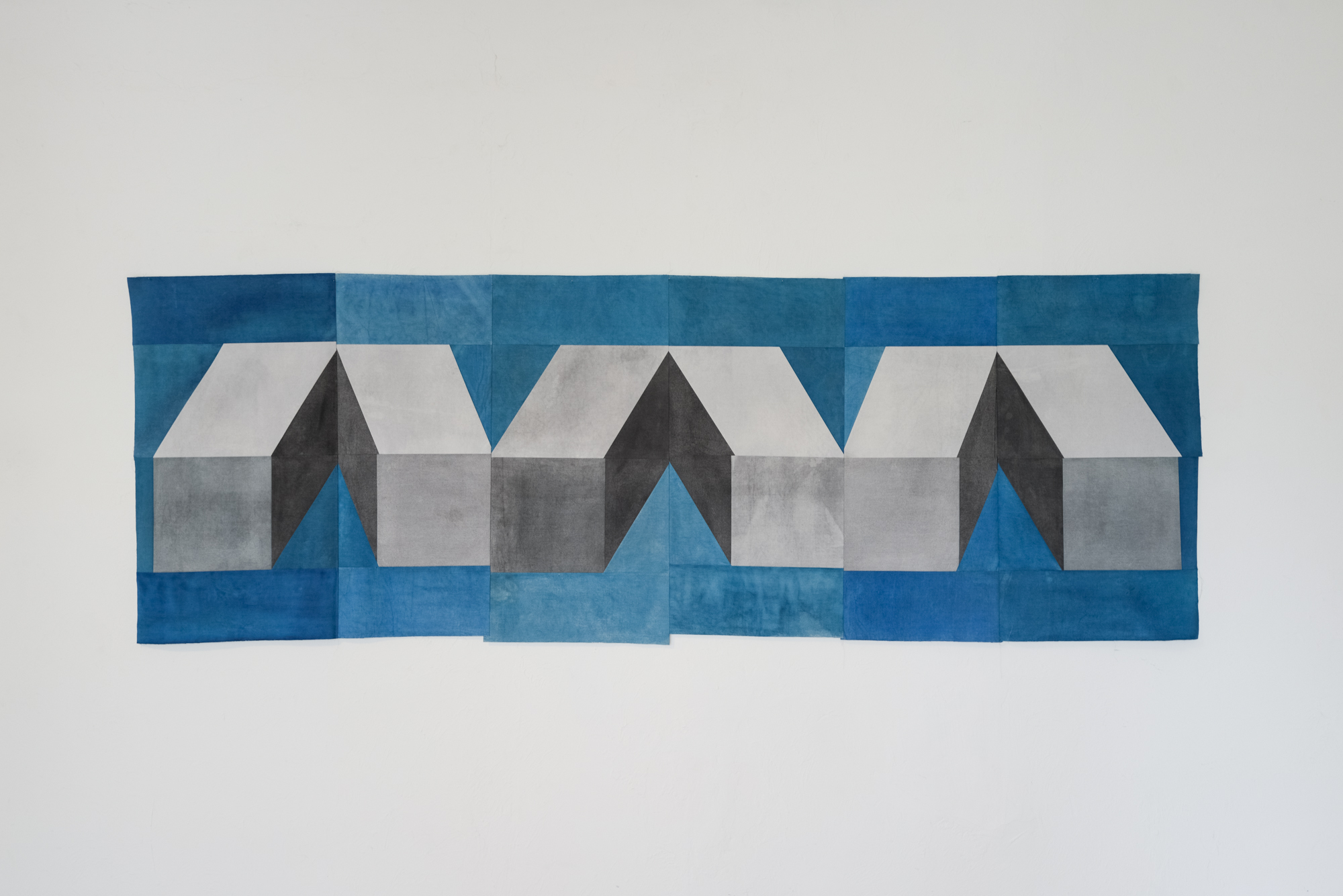 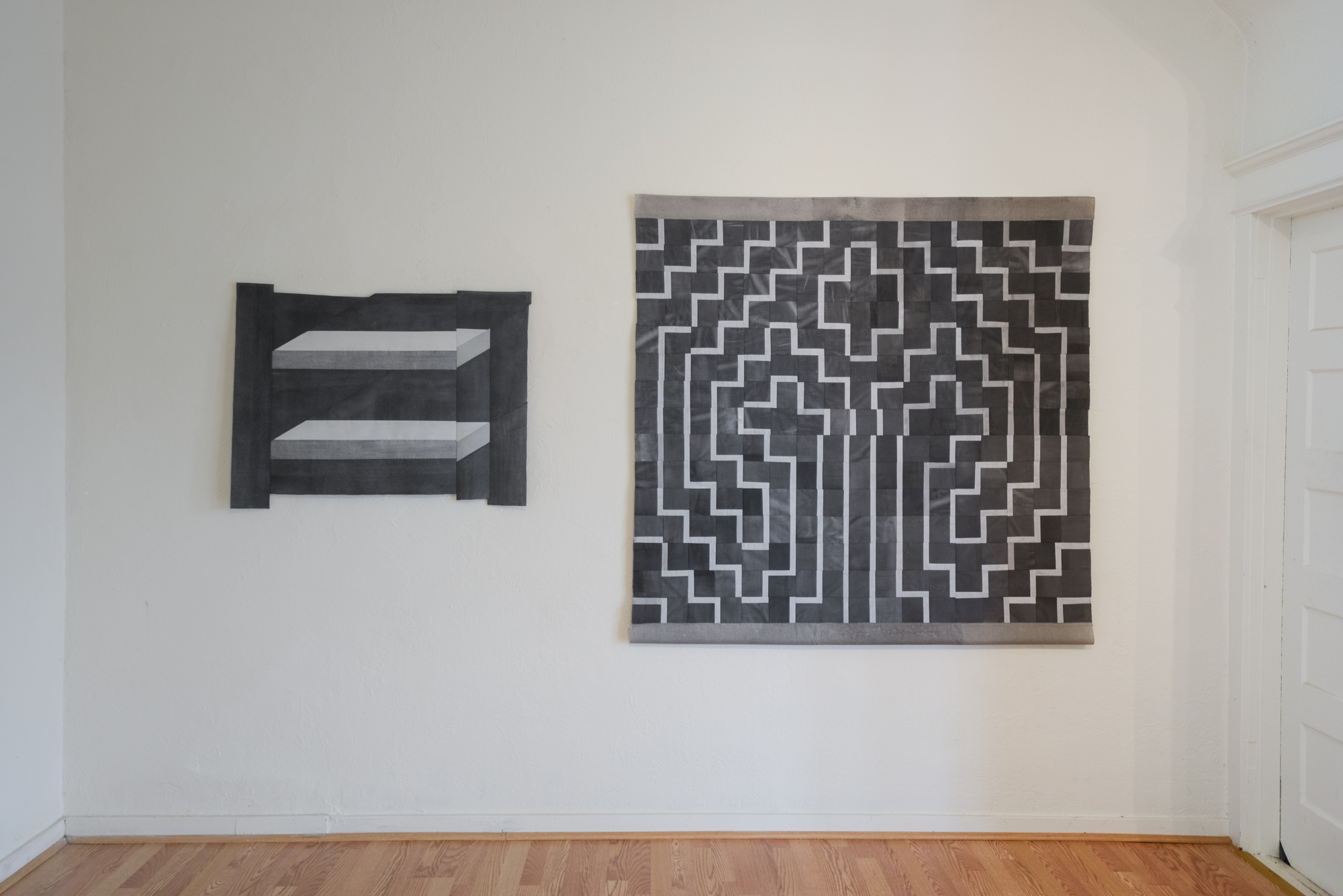 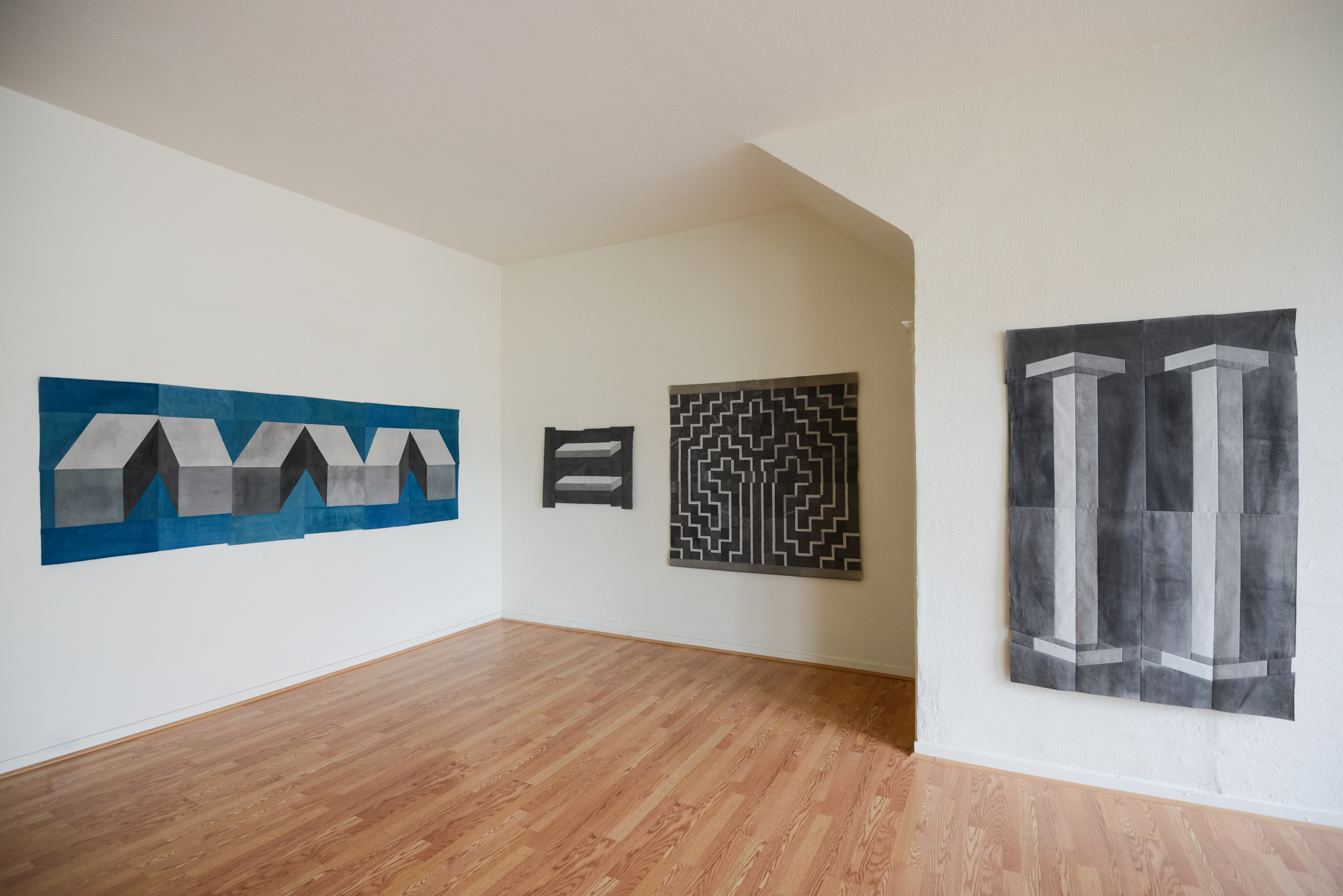